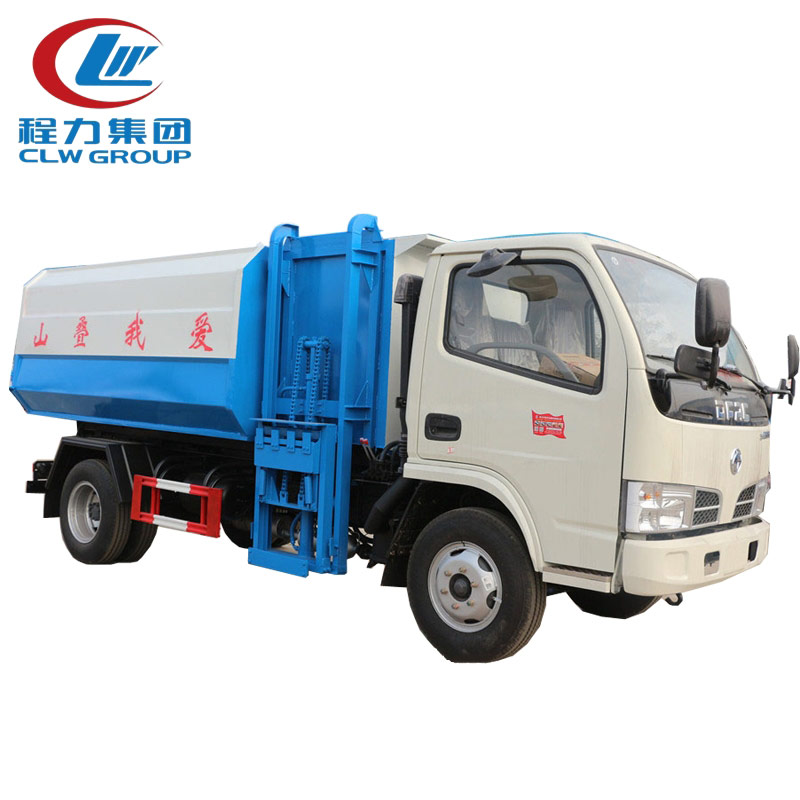 info@clw-trucks.com
Side Loader Garbage Truck, also called Hanging bucket garbage truck , self loading and unloading type garbage truck, is mainly used in various municipal and large factory and mine departments to carry various kinds of garbage, and can also transport ash, sand, stone, soil and other bulk building materials. It can also transport ore or coal in mine or coal mine. It consists of a sealed garbage bin, a hydraulic system and an operating system.

The advantage of 4X2 Dongfeng 5CBM Side Loader Garbage Truck


1.The hydraulic system is installed reasonably, and a reliable fixing device is arranged to ensure that there is no leakage for a long time, so that it is reliable, convenient to maintain and prolong the service life;
2.The garbage can is made of high quality steel plate in WISCO, and stainless steel plate can be installed on the bottom of the box to ensure smoothness during unloading;
3.The bottom of the box can be installed according to the seasonal temperature of the area to ensure the normal operation of the vehicle;
4. Install the pusher and scraper device in the sealed garbage box to ensure that the discharging is clean.

The specification of 4X2 Dongfeng 5CBM Side Loader Garbage Truck

Leave a Message Email Us

More Special Trucks For You to Choose

Updates
Important and Urgent Notification from CLW Group
What Are The Advantages For Fire Sprinkler Compared With Normal Water Truck
How to Avoid the Corrosion of the Tank of the Dung Suction Truck?
Can the Engine of the Suction Truck be Washed with Water?
How can a Dung Suction Truck Effectively Avoid Harmful Effects?